Twenty years ago, I was living in San Jose, California where I worked for a tech company. I remember waking up on the morning of 9/11 and turning on CNBC a little after 7 am Pacific time. The image of one of the Twin Towers was on the screen. I thought it was strange that I could not see the other tower, but I just figured it was the angle of the picture. As I lay there in bed and watched, I absorbed the news of the terrorist attacks on New York and Washington. Then, not too long after, the North Tower collapsed, as the South Tower had already done. It was shocking.

I just laid in bed for a long time watching the news. I grew up near Poughkeepsie, less than 100 miles north of New York City. My grandparents lived in Queens so we made the trip to the city quite often when I was child. As we crossed the Throgs Neck Bridge, the iconic view of Manhattan and the Twin Towers was a constant. I could not imagine looking toward Manhattan and not seeing the towers.

Finally, I did go into work. It was understandably a very unproductive day. No one was going to get any work done that day, but it was good to have friends and co-workers around for support. After work, I got together with some friends, and we watched the constant replays of the attacks and the aftermath. On the one hand, we felt the horror and anger of the attacks. On the other hand, New York and Washington seemed so far away from the West Coast. It was surreal.

Now, it is 20 years later. The war in Afghanistan is finally over, at least for our country. While we have many differences in this great country, one thing we have in common is the memory of 9/11 and all those who lost their lives on that day and in the wars that followed. 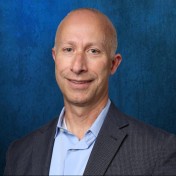 Larry Lane, CFP® is the President and Founder of L Squared Wealth Management. Larry is focused on providing clients with a superior financial planning experience by focusing on three Core Values: Integrity, Service, and Commitment. Financial planning should be about you, not the financial advisory company.